Beware of certain individuals selling old revamped concertinas made in the last century.

Some of these revamped concertinas are only half reconditioned.

Please make sure the Concertina you are buying has Riveted Action as ‘Hook Action’ will not deliver any speed for Irish Music.

The Reeds need to be Brass Plated and not Aluminium.

A good reconditioned concertinas will have new springs and action set at a proper level to accommodate the playing of Irish Music rolls etc.

A lot of these Concertinas are coming in from South Africa and Australia where the Wheatstone  Company exported right throughout the middle of the last century.

Please have an expert look at any of these old revamped concertinas before you would think of paying out big money.

Some of these reconditioned instruments have aluminium reeds as this is what was used in the Wheatstone right through from the 1930’s, see attached charts.

They have aluminium reeds rather than concertina brass reeds. Riveted levers allow for much better action and are recommended for the playing of Irish Music. Brass Plated Reeds is where the sound is made and this is why you are going for vintage. Revamped concertinas have that appeal, but we need to urge customers that what you may be buying is not worth your money.

Although the idea of an “export model” seems to be wrong, it does appear that many–but definitely not all–of the #50000+ Anglos were exported to South Africa.

All of this information is copied from the Concertina.net

“By the late 1960s and early 1970s, the period when he has first-hand knowledge–virtually all of Wheatstone’s Anglo production went to South Africa. Specifically, he remembers that the instruments were sold to a company called “Goode, Durrant & Murray” who had offices in London as well as in Johannesburg. There apparently was a large imperial trading company of that name, with interests in Australia and in South Africa, and they would have had a London office. But they might have been only an intermediary, with distribution in South Africa handled by another firm.”

“The recent thread on the forum at concertina.net started as a discussion of “South African Wheatstones”, and it turned out that they all had #50000+ serial numbers: /”

For a guide for parents who are first time buyers of concertinas, click here!
Why buy from The Irish Concertina Company? Click here!
Our Concertinas are made on site in our workshop at The Trad Shop: An Siopa Ceoil, 184 Crumlin Road, Dublin. Click here to visit The Trad Shop.

Our 5 year Guarantee. What is covered ?

We Guarantee all of our Hand Made Instruments for 5 years. If anything should happen to any of our concertinas, We will collect the next day and once back in the shop, we will do the repair and have the instrument sent back out the same day where possible. All at our expense and covered over 5 years. With our Guarantee over the 5 years if the action softens and need to be re done its covered. If the Tuning needs to be re done its covered. I will always allow a teacher to be involved if approval is required. From working with instruments for 20 years, I will go out of my way to make sure all my customers are 100% happy with any dealings with my business. We have come a long way in 10 years and we are only where we are today because parents, teachers and players put their trust in us.

Trading up with our Concertinas

If you buy from us we will always take the instrument back as a trade in.
If you buy  a Tina Brown / Black or  Tina Swift  from us and decide to trade up within one year,  We will offer full payment against a new Clare or Vintage Concertina or Eirú.

If you are coming from the country we can arrange a collection from anywhere in Ireland and when repair is corrected we will send out again.
The charge for this service is €20 collect and delivery back to your house again €20 so total of €40 plus cost of repair.
We would prefer not to repair anything over 100 years old but if its just a spring or a reed ok.
Phone Sean 086 1721792 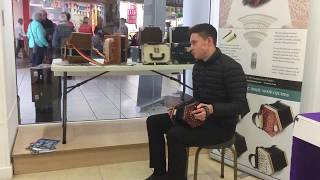 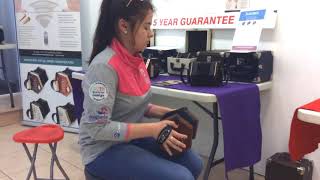 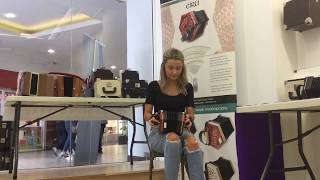 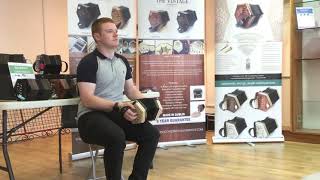 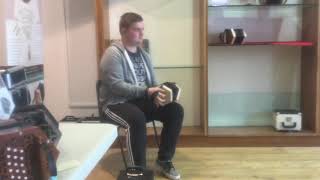 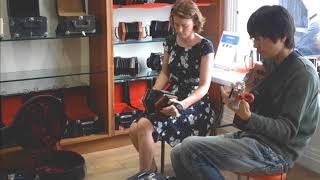 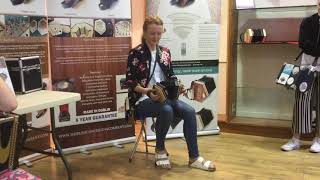 Shops That Stock Our Concertinas